Rabbit Rhythms August 2020: This month's featured breed is the Rex. Shockingly, Rex rabbits weren't always the velvety breed we know today. In fact, it used to be the "ugly duckling" of rabbit society. Learn how these rabbits went from genetic wrecks to beautiful Rex.

With delicate gastrointestinal balances, many rabbits are prone to experience diarrhea once in their lives. We share two common causes for diarrhea in your rabbits, how to tell the difference between them, and tips for how to treat them.

Well-cared-for livestock animals only have ONE bad day in their lives, the last day, and chances are great that even this day is not a bad day.

However, dispatching livestock rabbits is a topic that tends to spark controversy, so this segment of our Rabbit Rhythms August 2020 edition is at the bottom of the page. You can skip it easily if it is not a topic you care to learn about. 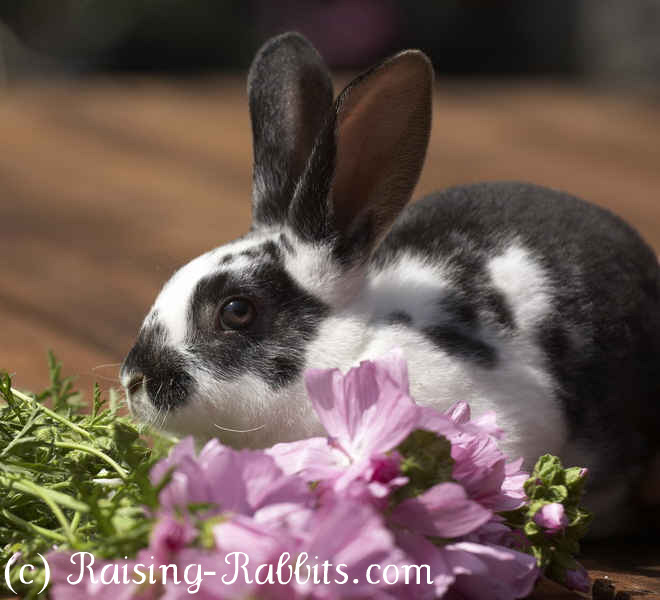 Breed History
One would think that the Rex’s renown, velvety coat was derived from very particular and scrutinous breeding. However, this gene was originally considered an abomination in the rabbit community during the early 1900s. The Rex breed originally started as a miserable genetic mutation found in the barn rabbits owned by Desire Callion in France. The town’s local Priest acquired two of these “rexed” coated rabbits and began breeding them. The ‘rexed’ coat became very desirable, and eventually spread all across Europe by 1927. It boomed in America from 1924-1929, later establishing the National Rex Rabbit Club in 1958. Through scrutinous breeding and many shows, the Rex Rabbit became an official breed in the US in the mid 1920s. 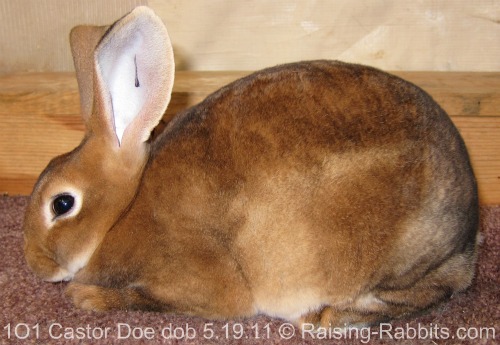 Breed Information
Rex rabbits are the model pet rabbit as they are very good-natured and calm. These rabbits are also playful and make great family pets, especially for children. In addition to their affectionate personality, their soft, velvety pelt makes them super cozy and cuddleable. As an added bonus, their coats don’t require any grooming what-so-ever! They come in a variety of colors such as Black, Otter, Amber, Castor, Chinchilla, Blue, Broken, and much more. Do you want the velvet coat but not the big size? Try a Mini Rex!

The Rex breed is truly unique and wonderful to hold and behold. For more information on Rex Rabbits, check out this page!

What is the Difference between Coccidiosis and Bloat? 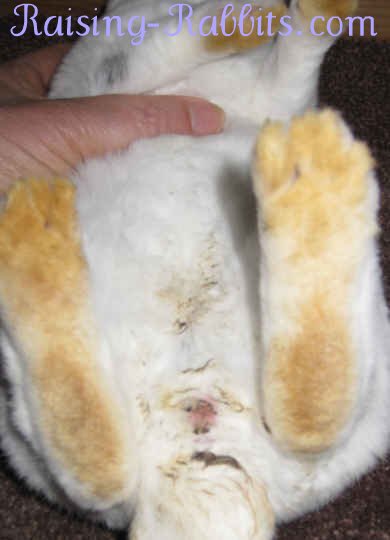 This rabbit is just getting over a case of bloat.

Sudden death is a possible result of both diseases, sometimes without a single warning.

The increased fiber and reduced calories and carbs can quickly turn the tables on the bad guys, allowing the friendly gut bacteria to regain the upper hand. 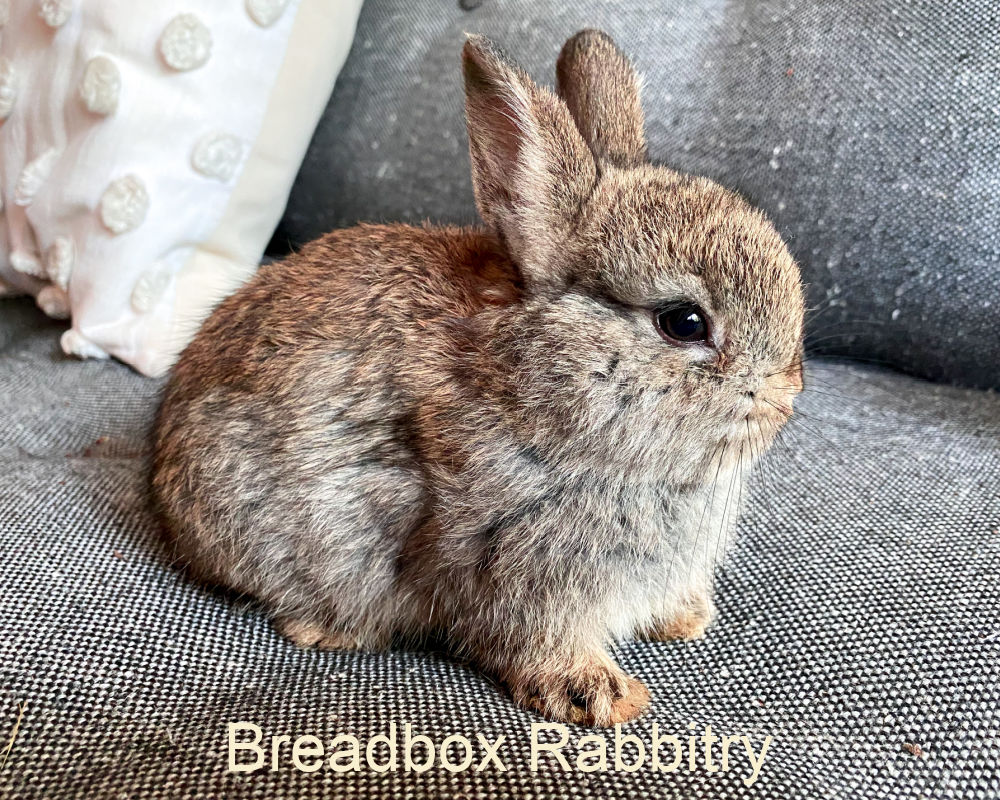 Check out our latest featured rabbitry in North Carolina!

Could your rabbitry profit from an entire page on Raising-Rabbits that describes your rabbits and rabbitry? Follow the link to Breadbox Rabbitry and see what you think.

Request a Featured Rabbitry page here: only $6 a month or $60 per year! OR click here to request a FREE rabbitry listing on one of our Rabbit Breeder pages!


Only One Bad Day in the Life of a Meat Rabbit


Summertime for homesteaders and meat rabbit breeders means that the rabbit grow-out cages are filling up fast. Grow-out cages hold the young rabbits that are destined to experience only one bad day in their lives. In my rabbitry, we ensure that not even the last day is a "bad" one.

It is in the best interest of every rabbit raiser to deliver the best care and attention to all of their rabbits. Excellent rabbit welfare is at the forefront of the minds of anyone raising animals, and especially animals that have an end use and a purpose. Well-cared-for rabbits are healthy and produce well. At a bottom-line level, this means more meat in the freezer and on the table.

Just a quick disclaimer: Meat rabbit breeders are sometimes accused of cruelty because they raise rabbits with the intention of killing and eating them. The argument states that animals are sentient beings and therefore ending the life of any animal is cruelty.

May I remind our dear readers that humans are omnivores, NOT herbivores? Despite the opinions of a small but vocal minority, optimal human health is a result of eating a balance of animal and plant nutrition. It is logical and correct to conclude that a species-appropriate diet for humans is required to include meat.

There. Got that disclaimer out of the way!


Maybe your friends would too...

Your friends at Raising-Rabbits.com wish you a wonderful August 2020.