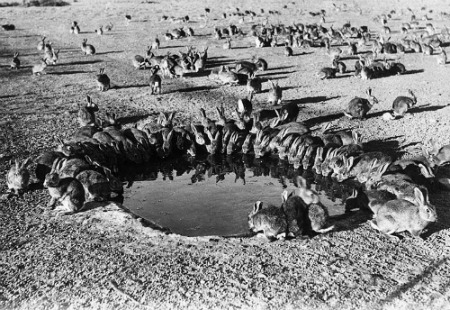 In review: By 1938 in Australia, the lack of rabbit predators had resulted in a severely unbalanced predator prey relationship - no grass, no predators, and millions of feral rabbits.

Wherever rabbits live, they must also coexist with predators that will hunt and kill them as intended by Nature, or the ecosystem will very rapidly become unbalanced.

This is not a bad thing, it just IS. It is very healthy for a colony of rabbits, as long as the grass-predator-prey relationship remains balanced.

More on Predation from Wiki

The lives of wild European rabbits – the same species as our domestic rabbits - are not comfortable, most of the time. By 8 months of age in the wild, over half of all weaned rabbits have died at the paws or talons of predators. That is their role within the ecosystem – no wrong has been done to them. 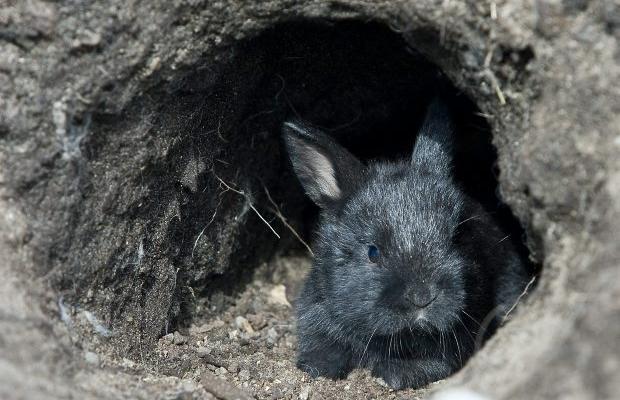 How to tear up the countryside - release rabbits into the wild!

The wise management of your rabbitry population mimics Nature

Culling the infirm and the weak improves the herd by resulting in healthier, stronger progeny and rabbits that may overcome their fears more successfully.

At the same time, culling does not necessarily reduce overall herd numbers. The rabbit’s amazing reproductive capabilities ensure plenty of offspring that are stronger and more healthy than the ones you have culled or eaten.


When weaning litters, make the changes in your kits' lives in increments for the purpose of reducing anxiety