Symbiotic Relationships. Explore examples of symbiosis including herbivores with bacteria and humans with farm animals.

While the entire ecosystem is interdependent to a degree, thousands of fascinating examples of symbiosis exist between dissimilar creatures.

According to the online Merriam-Webster Dictionary:

Symbiosis is the living together in more or less intimate association or close union of two dissimilar organisms (as in parasitism or commensalism); especially mutualism.

Parasitism is where one of those organisms gains all the benefit to the detriment of the other species. For example, mistletoe is a parasite that drains nutrients from its host and gives nothing back. Parasitism is not a part of this discussion.

Commensalism is where one organism uses another for its benefit without harming the other.

Mutualism is the mutually beneficial association between different kinds of organisms

It is unbelievingly amazing how many instances of mutual symbiosis exist across the global ecosystem. Here are just a few examples: 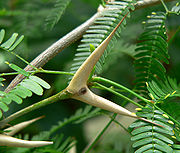 Literally thousands, if not hundreds of thousands, of similar symbiotic relationships between two different species of animals and/or plants exist around the world. 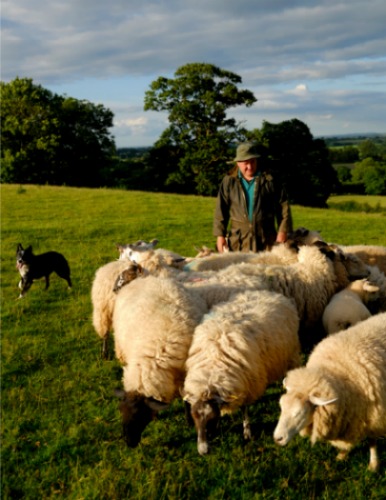 It’s hard to find a more satisfying symbiotic relationship than that between humans and our dogs.

Dogs and humans have been linked since early human history. Through domestication and selective breeding for various needs, we now have dogs that help us with specific chores, depending on the breed.

Dogs can serve as shepherds and herd dogs, as protectors, as vermin control, and for transportation. Highly trained dogs excel as seeing eye dogs, sled dogs, service dogs, search and rescue, and therapy dogs. In return, we feed them, and give them shelter and affection.

Dogs have so demonstrated their passion and willingness to work for humans and their love of human company, that they are called man’s best friend.

But symbiosis between humans and animals doesn't stop with dogs.

Without a doubt, the symbiotic relationship between humans and domesticated food animals is also mutually beneficial. 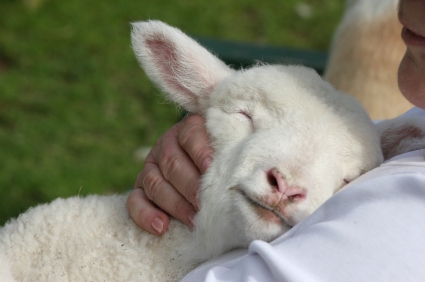 We have domesticated a range of barnyard animals. In return for shelter, food, and protection from predators, their lives are completely taken care of. We fork them hay when the pasture dries up. We shear their wool when it grows long. We fence the pasture if necessary to keep predators away, or use shepherds and dogs to watch over the well-being of the herd or flock.

Because of the protection afforded by humans, herd numbers tend to rise excessively.

And when they do, the burgeoning herd must be thinned.  The benefits to humans resulting from herd management are wool, milk, meat, fur and leather. Offal can be fed to dogs, cats and chickens. Whey left over from cheese-making can be fed to pigs. Even the manure is useful as garden fertilizer.

Human history in its entirety is filled with symbiotic relationships with domestic animals. 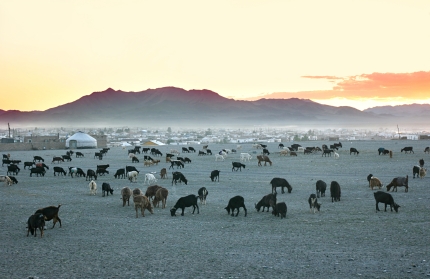 A herd of goats grazes at dawn in the frigid Mongolian highlands. Their shepherds are not far away.

Is there then anything immoral or cruel with using animals and animal products?

No, and to the contrary, animals and animal products are essential for human survival.

Anthropologists reveal that ALL human people groups have included meat as a major component of their diet.

Humans are classified as omnivores for a fundamental reason: We need meat for our very survival just as critically as do the eagles, coyotes, lions, and meat-eating predators.

This is how, throughout nearly the entire spectrum of known history, humanity has been driven by their survival instinct to herd animals, entering into symbiotic relationships between themselves and the animals they tend.