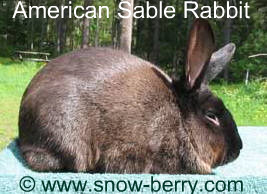 Sable rabbits were discovered in chinchilla rabbit litters separately in California and in England, and developed concurrently within their separate breeding lines on both sides of the world.

The very first Sable rabbits are believed to have cropped up in the herd of Mr. David Irving, an Englishman who lived near Liverpool. He had imported some Chinchilla rabbits from France in the mid-1910s.

The Chinchilla breed was itself still showing evidence of its newness in the various sports seen in the early litters. Shaded brown rabbits, as well as martin-patterned sports, could be found in the nestbox now and again.  The sepia-shaded bunnies in Mr. Irving’s nestboxes invariably landed in the stew pot, because he was focused on the Chinchilla color. 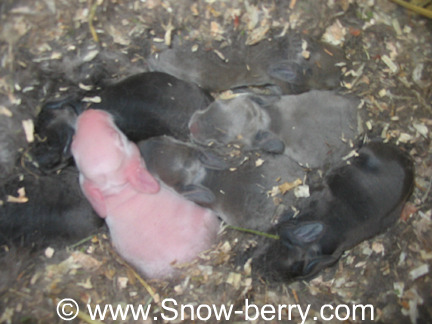 But there were other English breeders who were smitten by the cute-as-buttons sports. They bred these brown rabbits together just to see what would happen.

What happened was, if the genetics were just right, they could produce more of these very attractive rabbits.  Although the color didn’t entirely breed true - it was never the only color in the nestbox - they could still standardize the type and medium sable hue of the rabbits.

Mr. Irving was instrumental in the spread of Sable rabbits, as they were eventually called, throughout Europe. The British Sable Rabbit Club was established in November, 1927, and the British Fur Rabbit Society accepted Sables in both Marten and Siamese varieties.

American Sables in the USA

In California in 1924, Mr. Otto Brock of San Gabriel, California, found the first shaded brown rabbits in the nestboxes of his ‘purebred’ Chinchilla rabbits. The rest of the story of American sable rabbits in California reads much as it did with the breeders in England.

In 1929, the American Sable Rabbit Society was formed. They named the new breed the American Sable, and called for medium-colored shading. The American Rabbit Breeders Association (ARBA) recognized the breed in 1931. Included were medium-shaded Sables, and the lighter Siamese Sables.

Tan-patterned (marten) sables were also occurring in the US, however instead of recognizing them under the umbrella of the American Sable, they were called Silver Sable Martens, and these were accepted as a new variety of Silver Marten rabbits. 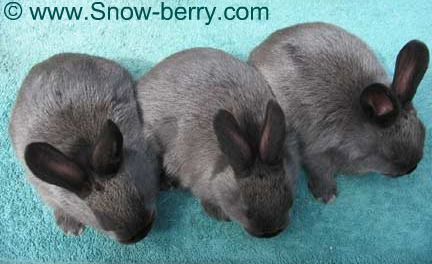 After the great start to a challenging breed, the sables did not fare so well, at least in the United States. The breed never truly caught the fancy of the rabbit breeding community.

The American Sable is still rare, however not listed as endangered.

The American Sable is a medium-sized rabbit with a commercial body type. The Standard of Perfection describes the gradations of shading without actually specifying the intensity of hue, other than the "rich sepia brown on the ears, face, back, legs, and upper side of the tail."

The UK’s national organization, the British Rabbit Council (BRC), lists their breeds as the Marten Sable and the Siamese Sable.

In the UK, both Marten Sables and Siamese Sables come in Light, Medium and Dark shading, the main differences being "width of saddle, in tone and intensity of sepia colours." Judges are instructed to "award the appropriate number of points for shadings and penalise those exhibits which lack shadings, i.e. are self coloured" (BRC-Marten Sables).

The UK Standards of Excellence for both varieties are available online at the BRC website.


Is This Your Rabbit Breed?