About mating no buck needs lessons.  And most of the year, the doe needs no coaxing either.  Here's how to mate a buck and a doe together.

Below: Notice how the doe's back is flat and long?  She has stretched herself out instead of hunkering down.  When she lifted her hindquarters the buck mated with her, and then he keeled over sideways with a grunt. These pictures are quite typical of a mating and the end of a rabbit mating. 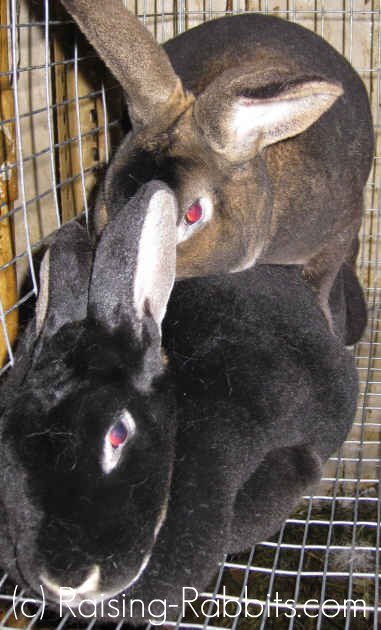 Castor rex buck is mating with a black otter doe 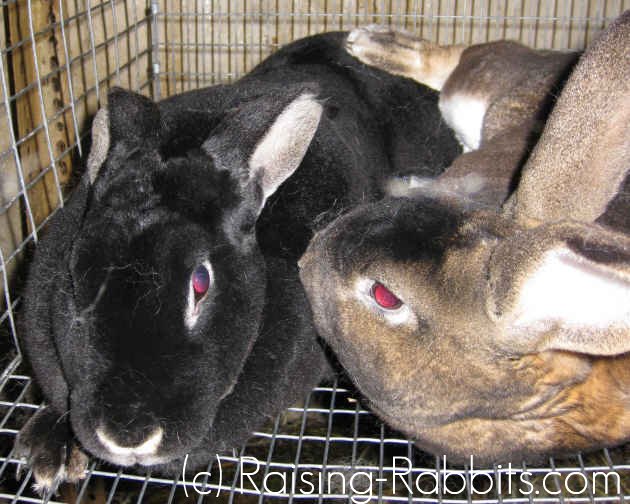 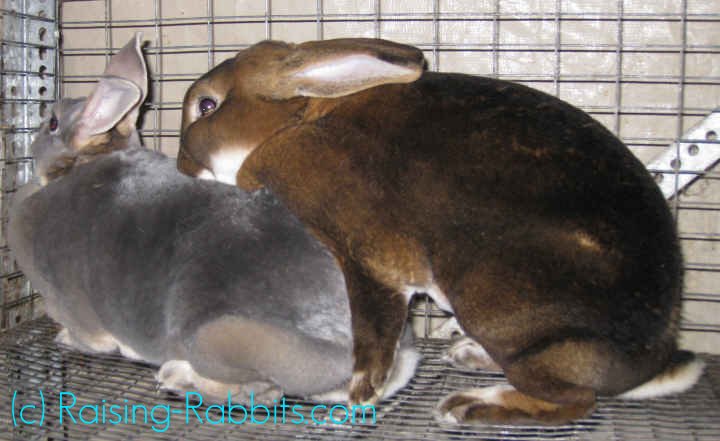 Rabbit Mating:
What do you do when the doe doesn't cooperate with the buck?

In my area, late autumn is when does want to just hunker into the corner of the buck's cage, and no amount of sweet-talking or complaining on the buck's part can coax cooperation out of the doe.

Here are a few tricks that might help convince the doe: