Pine shavings have been taking a bad rap lately, despite many years of serving well as pet bedding.

And since your pet rabbit spends a lot of time in or near his rabbit bedding or litter, you want to know if softwood shavings are really nontoxic and harmless.

I know you’ve heard the rumors - rabbit liver enzymes messed up - respiratory problems, rabbits dying, all due to softwood shavings such as cedar or pine.  What’s the deal?  Pine has been fine all these years - has anything changed?

Not really. Pine is fine, and especially when heat-treated. We'll show you the research and hopefully expose the fallacies and fears behind the rumors.

One heroic rabbit breeder did the copious research for you - her name is Ms. Corinne Fayo of Bucky’s Bunnies. Ms. Fayo has a BS degree.  She wrote "Caring for Your Pet Rabbit" and the "Rabbit Education Society Rabbit Care Guide," as well as "Bucky Bunny's Guide to Pet Rabbit Care" CD.  Additional articles have been published in numerous publications, including the Domestic Rabbits periodical, by the American Rabbit Breeders Association (ARBA).

"The Truth about Pine Shavings" has also been published in at least four newsletters, as well as online.

In addition to this synopsis (below), you'll find testimonials from users of pine shavings at the bottom of this page.

Lastly, we wanted you to know that the proposed industry standard for bedding in commercial rabbit enterprises reads: "Solid flooring may contain litter such as pine shavings to absorb moisture and urine." I take this as a final acknowledgment that pine is just fine for our rabbits.

Here's the rather long synopsis of Ms. Fayo's article detailing her research of softwood shavings.  But you can also download her work in its entirety, including a lengthy bibliography, by clicking on the title below.


The Truth About Pine Shavings
By Corinne Fayo

Correctly reading and interpreting the scientific studies reveals there is no danger in using softwood shavings.

The effects of untreated softwood shavings on animals is not harmful to the animals, and the claims that they cause liver disease, damage, or cancer are incorrect. Many veterinarians recommend pine shavings for rabbit bedding and litter.

The real "debate" is over whether or not untreated pine and cedar shavings are a danger.

It has been proven that untreated pine and cedar contain an inducing agent of HME activity. HMEs are by-products of the liver after processing drugs. "It is simply the way the body - or more specifically, the liver - handles many of the elements it comes into contact with each day" (20)*.

According to studies about HME, there are many factors which can affect this sensitive liver enzyme system and cause an increase or decrease in activity (2,3,4). This is a partial list of factors affecting drug disposition from one study (4): 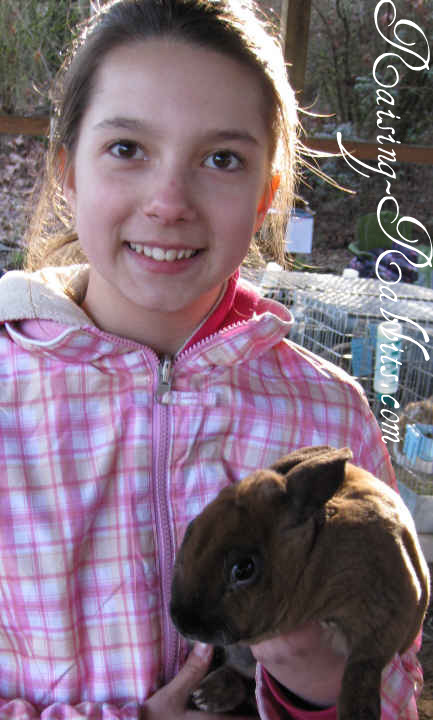 As you can see, softwood shavings are not the only thing that can set off a change in HME activity.

So why are the scientists concerned by HME and the inducing effects of pine or cedar shavings?

One reason only - animal research scientists have had problems with standardizing the controls in pharmacological studies between various laboratories (1,2,3,4).

Do the scientists feel untreated cedar and pine shavings should not be used in any laboratory? Not from what I have read in the studies.

However in an effort to standardize certain test results it is suggested that laboratories not use untreated softwood litters (6).

The inducing effect of untreated softwood shavings (including pine shavings) is important only to the scientific community in the process of studying drugs and their effects. At the same time, Dr Hawley writes, "Nearly every commercial laboratory today uses pine shavings, cedar, or hardwood beddings, except when conducting specific drug metabolism studies" (20).

Serious Liver Damage results in a DECREASE of Liver Enzymes

Several studies demonstrated that an accumulation of urine and feces which increase ammonia levels causes a decrease in HME activity (2,3,4). Now we all know increasing ammonia levels can cause damage in our animals. Elevated ammonia levels have been implicated in increased susceptibility to Pasteurella infections and respiratory damage.

Given this evidence, I can't come to the conclusion that increased HME activity is a sign of harm being done to a small animal.

I have yet to find in a study a reference to cedar or pine shavings causing hepatic toxicity. According to Dr Hawley, the presence of liver enzymes does not suggest damage to the liver (20).

Heat treated pine shavings are fine for use as rabbit bedding and litter for small animals, including rabbits.

Do Cedar Shavings Cause Cancer?

I have also heard the rumor that cedar causes cancer. I found three studies (11,12,13) and none of them came to the conclusion cedar rabbit bedding caused or contributed to the occurrence of cancer. For example:

Sorting Through the Rumors

The arguments presented by those against cedar and pine shavings often sound convincing on the surface, however closer inspection reveals discrepancies.

For example, the HRS has made statements that softwood bedding has caused liver disease in rabbits they have fostered and caused the death of rabbits during surgery. I have read the article by HRS founder Marinell Harriman, "Litterboxes and Liver Disease," and question her conclusions.

The article also discussed several foster rabbits, some of which had elevated liver enzymes and some had liver disease. Dr Hawley points out that the enzymes tested by veterinarians in a serum or plasma chemistry panel are "leakage enzymes" and not the same enzymes the researchers studied in the softwood bedding experiments (20).

So what could explain the liver disease in HRS foster rabbits?

Hepatic coccidiosis is one explanation. It causes an enlarged liver and is contagious (7,8,9). I would assume the HRS members had adopted the rabbits that had liver disease so it is possible that the rabbits were exposed to hepatic coccidiosis. I feel it is a big leap to assume untreated shavings caused their deaths.

So there is still no evidence linking untreated softwood shavings to liver disease or other problems in rabbits.

We and our animals are exposed continually to different "pollutants" in our environment. What matters is the health of an individual and the concentration of pollutants they are exposed to.

Some chemicals in small concentrations are harmless but in larger doses are lethal. An example of this is benzoic acid in Listerine. While benzoic acid is toxic if ingested in large enough quantities, the amount in Listerine is well below that amount and therefore is safe for use in humans. It is important not to over-interpret what scientific studies are showing us.

In closing I just want to say I still have not read, experienced, or heard anything that leads me to believe the use of pine shavings as rabbit bedding, rabbit litter or in rabbit nestboxes are harmful to rabbits. What I have read and experienced shows me they are safe.

Dr Hawley reports pet retailers are being subjected to anger from animal rights advocates who accuse them of selling "dangerous" bedding material (20).

It's too bad these people didn't first read the studies instead of subscribing to the "I heard it was bad, so it must be true" theory. But those of you reading this now know more than you ever wanted to about softwood shavings and HME!

*The parenthetical numbers refer to Ms. Fayo's bibliography, which you can find by reading her full article (link is below).

"The Truth about Pine Shavings" has been reviewed and approved by Carol Green, PhD (Pharmacology and Toxicology - with 80+ publications written), rabbit breeder

"The Truth about Pine Shavings" has been reviewed and approved by a researcher (MD) in HME (liver enzyme) systems. Her comments:

"Thank you for that article.  I am a UK rat breeder and also a scientist and have been plagued with this rubbish for years now.  I would agree with all that you say, having bred rats for 40 years...

"I was quality manager under GLP regulations for a research lab and shared my office with a rat liver toxicologist.  She told me everything that is in your article, plus, in one study we did, a full life study where one group of rats had their microsomal enzyme systems significantly raised.  The ones with high enzymes lived much longer than the others and on autopsy had decreased abdominal fat." 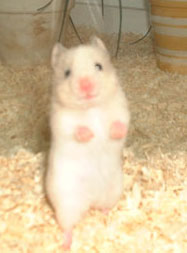 "I have used pinewood shavings for 16 years and never experienced any problems with it that has proved to be a direct cause of using pine wood shavings."

"We raise 8 - 10,000 mice and 3 - 5,000 rats every week, and pine bedding is the best bedding we've been able to find. As a major livestock supplier to pet retailers, the health of our animals is extremely important. We've been using pine for over 15 years, and have found it to be healthy, absorbent, economical and it encourages nesting."

"I’ve used pine in the past, and never seen any studies that link clinical problems to beddings... Many online recommendations are based strictly on anecdotal evidence and personal opinion."  Dr. Lianne McLeod, DVM, exotic pet expert for the website About.com, with many online articles on small animal health to her credit.

From the Horse Stables:

"Good quality pine shavings have almost no dust, there is never mold, they are baked dry, and much more absorbent. Pine is as hypoallergenic as you can get, plus wood does possess natural antiseptic qualities. In 7 foalings on shavings, I have had zero issues with anything.

"Back in the day, shavings were bad. They used to come straight from the sawmill, and we would find all sorts of splinters, dust, etc. and half the time it was damp. Now you buy processed, specialty pine bedding that has been inspected, sorted, packaged in paper or plastic and stored in dry conditions."  Susan Montgomery, stable manager, breeder and trainer, Columbia, MD 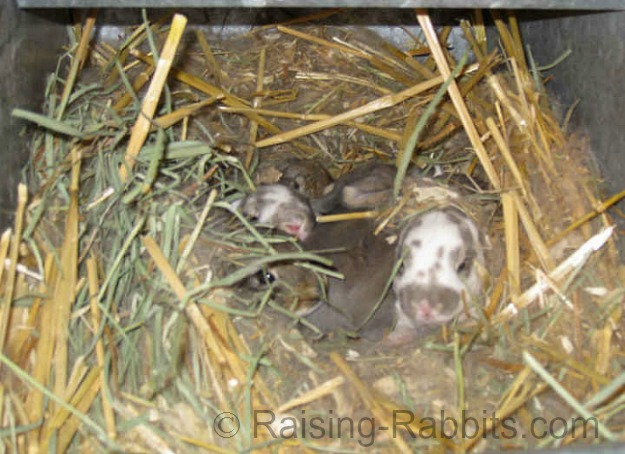 The synopsis on this page about pine shavings was presented to you as a convenience, and is attributed fully to Ms. Corinne Fayo.  As a retired RN, I endorse her research as presented in "The Truth About Pine Shavings."

If you still have questions about the safety of pine shavings for rabbit bedding, please click here for a PDF of Ms. Fayo's original article.

You can also visit The Rabbit Education Society to read Ms. Fayo's article on pine shavings; click on the "Care" link. You'll also find a wealth of additional care and legislative information.