Animal Abuse Facts Glossary. What does deplorable mean. Equivocated animal abuse terms defined, knowing that the goal is not welfare but elimination.

Fact is - making animal abuse allegations is a money-making proposition that kills two birds with one stone - more money in the coffers of those intending to eliminate the word 'pet' from our vocabulary, and less breeding animals that can end up as pets.

You hear it in the news with increasing frequency...

Uh-huh, and within a week or two, the animals, a large percentage of which were completely healthy and well-cared-for, are spayed, neutered, and "re-homed."

There's been some redefinition of terms, apparently! Especially when referring to animal abuse facts.

Next time you read a story containing animal abuse facts related to an animal seizure connected in any way with an animal rights organization, read it with this animal abuse facts glossary in mind. We guarantee that your understanding of the true facts of the case may be MUCH closer to the genuine reality...

Animal Abuse Facts:
A Glossary for Those Not Savvy To the Animal Rights Agenda

By Terry, Ohio Rabbit-Breeder and small farm owner,
with collaboration by other breeders and used with permission

Remember, when animal abuse accusations are made by animals rights organizations such as the House Rabbit Society, PETA, or HSUS, the following definitions (or similar ones) may be MUCH CLOSER TO ACCURATE than you might imagine. This is because the condition of the animal is not the point. The point is to remove the animal from your care, spay or neuter it, and make lots of money in the process...

Appalling: The ground is damp

Deplorable:
A: I need to wear boots
B: The animal urinated 10 minutes ago
C: The barn smells like alfalfa instead of Febreze

Inhumane: "I" wouldn’t want to live in that barn--the straw looks scratchy, and how could I keep my down comforter clean?

Cruel: the way Nature does things

Inappropriate food:
A: The animals are not being fed a commercial feed
B: Dog/cat is raw-fed like its wild relatives
C: Herbivores are grazing (*gasp*)

Insufficient feed:
A: The animal is not staring at a full bucket of feed 24/7
B: There are no 'leftovers' of commercial feed products in feed containers
C: What do you mean, cows, horses, goats, and llamas can eat grass?

Dehydrated:
A: The animal drank water when it was offered
B: The animal was evaluated for dehydration after it spent many hours post-confiscation in a tiny crate with no food or water under the "rescuer's" care

Insufficient water:
A: The animal is not staring at a full crock of water 24/7
B: The animal drank out of the water crock already, so the water is not sloshing over the top of the crock

Inappropriate water:
A: The duck pooped in the water - and now he's swimming in it
B: The animals have a stream or a pond from which to drink
C: The water is rich with healthy micronutrients

Lack of shelter:
A: The animal CHOOSES to ignore the man-made shelter
B: The sheep/goats prefer the heavy tree cover rather than the shelter

Inappropriate shelter:
A: A doghouse is plastic instead of wood
B: A doghouse is wood instead of plastic
C: A repurposed truck cap is not a dog house
D: It is not aesthetically lovely, like Martha Stewart built it

Thin: within a healthy weight range

Starving: The animal ate food when it was offered.

Lack of Care: animals do not have servants

Lack of Veterinary Care:
A: Owner knows how to evaluate and treat his own animals.
B: Animals were being treated for ailments, but there was no veterinarian on site at the moment of the raid
C: Authorities confiscated and conveniently "lost" the owner's veterinary records
D: Animal has a minor scratch which does not require treatment.

Overcrowded conditions: Mothers and offspring share the same housing until the offspring are old enough to separate

Optimal temperature: Something that does not exist in Nature, or in many human homes

Too cold: Not comfortable for a spoiled person

Too warm:
A: Not comfortable for a spoiled person
B: The temperature is measured 5 hours after the air conditioning is turned off and the barn doors are thrown wide open on a 96-degree day.

Abused: The 8 year old rooster is missing one toenail

Neglected: Owner is not with the animal 24/7

Hoarder: Anyone with more than one animal

Mill: Any person who produces ANY young animals on their property

Matted: Any animal that does not have every hair perfectly separated from the rest of the coat

Wounded: There is a scratch

Untreated wound:
A: The scratch is brand new
B: The wound didn't require treatment
C: The wound is being treated at home and is in process of healing
D: There is a scar

UNacceptable: Not the way "I" would do it.

Re-Home:
A: To remove the animal from its owner. This is frequently accomplished under cover of law by alleging animal abuse or neglect.

B: The 'rescue' usually retains the animal only until the animal's reproductive organs have been excised from its body (a critical step in the re-homing process)

C: The re-homing of animals seized in a raid on a reputable breeding facility is often accompanied by threats to the prior owners of highly exorbitant daily animal care fees (Merriam Webster calls this extortion) and even jail time if they don't sign away the ownership of all their confiscated animals.

D: Re-homing is sometimes referred to as 'adoption.' In every case, a substantial sum of money changes hands (Merriam Webster calls this a sales transaction, but really, you're just 'donating' to the animal rights organization), and the new 'owners' are made to believe they rescued a helpless animal from a pathetic situation or from certain doom.

This animal abuse facts glossary would be really nutty...

...If it were not so literally accurate. There is some exaggeration, of course, but many of the animal abuse facts have actually been used by the activists themselves.

We know that a miniscule number of cases are legit. But, in 100% of the cases we are following, the accusations are completely fabricated. 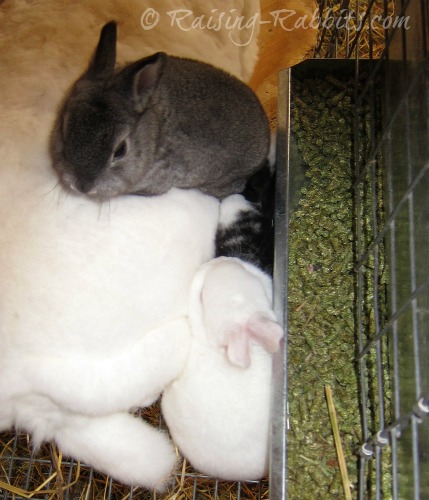 Reproducing animals puts the animal rights gang into a frenzy

All that matters to the activist is 'mission accomplished:'

Did we mention that hard-core activists are not animal husbandry experts??

Here's what we recommend to our animal-loving friends:

FYI: You may be interested to know that the human body requires animal-based nutrition for optimal health/survival. See Vitamin B12 Deficiency.