Holland Lop Rabbits. Get the history, description, standards, and photos of Holland Lops. Is this tiny adorable lopped pet rabbit breed right for you?

Holland Lops did indeed come from Holland. They are known in Europe as the “Dwarf Lop of Europe,” and in the UK as the Miniature Lop. (The USA has a Mini Lop which weighs more than the Holland Lop by a couple pounds.)

A single Dutch breeder, Mr. Adrian de Cock, is given sole kudos as the originator of the Holland Lop breed. He really liked the French Lop breed, but felt that since its massive size was a deterrent to him, it probably deterred many other breeders from seriously raising the breed. He decided to create a tiny rabbit that would look identical to the French Lop.

He started the project in 1951. Three tries at a cross between a French Lop doe and a Netherland Dwarf buck finally resulted in a litter of 6. Over the next 3 years, Mr. de Cock added English Lop and many more Netherland Dwarfs to the genetic pool, finally yielding “Netherland Dwarf Lops” that were consistently under the 4.5 pound mark. 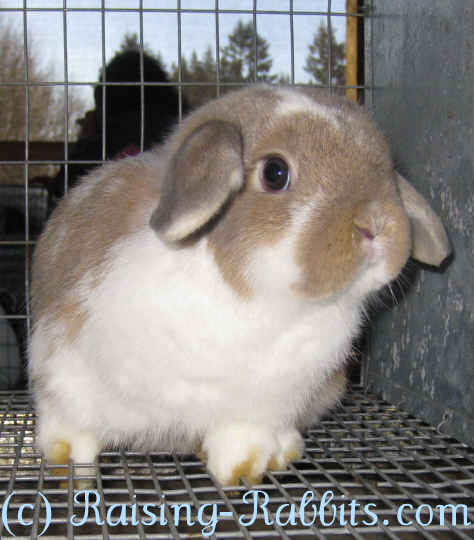 History of Holland Lops in the USA

A trio of Hollands were imported directly into the USA from Mr. de Cock’s own herd by Mr. Aleck Brooks III. After a few years of breeding, Holland Lops accepted by the ARBA in 1979.

The breed was already a sensation at rabbit shows around the US. At the 1980 ARBA convention, the very first year that Holland Lops could be officially shown, Mr. Brooks took Best In Show, beating out all other entries with a Tortoiseshell Senior Buck of his own breeding.

The Holland Lop Rabbit Specialty Club was chartered in 1980.

Holland Lops are now available from breeders in Holland, UK, USA, Denmark, Sweden, Switzerland, France, Japan, Italy, Germany, and Belgium. It is a sure bet that this littlest lop breed is much more far-flung than these nations. 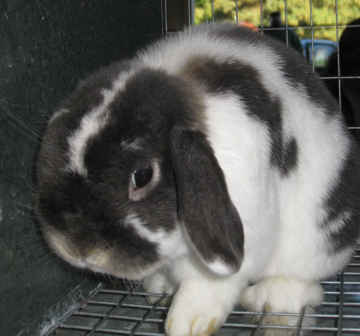 Holland Lops are known in the UK as the Miniature Lop and are just as popular as they are in the USA. They do look just like tiny French Lops. Their maximum weight is 1.6 kg (3.8 pounds) in the UK, with ideal being 1.5 kg (3.4 pounds). They are accepted and shown in all colors and patterns.

In the USA, Holland Lops weigh up to 4 pounds (1.82 kg). Their type is compact, and they are posed with their head high, rather than near the table and their paws. They are recognized in a plethora of colors, including brokens.